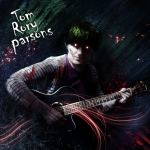 In audio drama, the client might be a director, producer or writer, or perhaps combining more than one of these roles.

Getting the details about the music required from a client can sometimes be very easy and sometimes very hard. Now, some clients may not give you any direction at all, and this itself comes with pros and cons. One con is that you may have no starting point whatsoever; on the other hand, it allows you much more creative freedom.

Now lets look at the other end of the scale: what if the clients has very specific things in mind for the music?

In regard to writing the music, remember your client is unlikely to have any understanding of musical terminology so if, in your discussions with them, you use terms such as bmp, key signatures, chords and dynamics, they are not going to have a clue – so try not get frustrated with them! Try and get your client to use simple and very specific words when they are describing what they want.

Also be warned about words which have multiple meanings, words such as dramatic, epic, uplifting and charm all mean different things to different people. I know someone who was asked for an ‘uplifting’ piece of music. They composed a very slow orchestral piece. However, when they got it to the client, the client actually wanted a fast electronic piece. So not only was the tempo different, but the whole sound and all the instruments were different too.

One of the hardest things to deal with is when a client goes into strict detail of what they want, then they send an example which is almost the complete opposite of what they have described: this will certainly leave you scratching your head and doubting your sanity! If this occurs, keep asking for more examples. And, if you do start a piece of music, keep it short so they can tell you if that’s what they want – you don’t want to compose a two-minute theme and then hear that it has been a waste of time.

If you a producer or director reading this blog, here are some…

Good things to tell your composer

Next, let’s look at the specific tasks a composer for audio drama is commonly asked to do.

The client just wants theme music and nothing else. In most of these cases when just theme music is asked for, you may not see any scripts and you most likely won’t hear any of the audio and/or visual materials. You will probably be interpreting the client’s instructions only. It is important, then, to make sure the client explains the genre, basic plot outline and themes of the show to you.

To hear a few of the shows I have just written theme music for check out: Starless, The Vanishing Point Podcast , Cardinal Sins Saga and Monsters, Magic and Mayhem-Season 1.

With this one, you usually get a much clearer idea of what a client may want, as you’re going to get to see scripts and hear or see any visual materials. If I’m scoring a show, a client sends me the file they want me to score and I’ll send it back to make sure they are happy. Then I’ll send them one final audio file of all the music on its own, to attach to their final mix.

Now, being in control of both the theme and underscore means you’re in postion to help tell the story. Your theme music may tell the audience a bit about what the show is about, but the underscore is going to tell us things that the words and the actors can’t, as well as emphasising what we can see or hear. The wrong piece of music can, for example, make a scary scene fail – so be careful!

It is also important that you don’t cloud the dialogue; you want your music to be heard, of course, but if the audience can’t hear the dialogue, they won’t know what’s going on. Lots of films get away with music shitting all over the dialogue so you can’t hear a single word, but with audio drama you can’t allow this.

If you want to hear a few of the shows I have composed the theme and underscore for, check out a few of the the following: Small Town Horror, All’s Fair, Organism, Aftershocks,  Pulp Pourri Theatre episodes The King’s Prerogative  and The Eyes of the Thar

If you’re stuck for direction and there is already theme music, the theme may help you decide how to approach the underscore for the project.

To hear a few of the shows I have only composed the underscore for, check out The Wicked Library-Shadows, The Lift-The lost Library and Jim Robbie and the Wanderers season 2 episodes 7-14 and season 3 episodes 1-2.

4 One or a small number of tracks

In this situation, you probably won’t see any scripts or hear or see any of the materials, so you will be going along a similar road as was in option 1 (theme only). I find this kind of work, just sending a few odd tracks to someone, to be the least satisfying, as you end up with a project with a mish-mash of music and it loses a personal touch. I tend to only do this sort of work for good friends in need, and not for strangers.

To hear a few of the shows I have sent a few tracks to people for, check out: Arkcity-episode 8, Diary of a Madman season 1.

Thanks to Katharine Seaton for cheeking my grammar and spelling

Back in 2010 when I did my diploma we had a tick sheet given to us by the tutors and we simply ticked off certain things we had done. One of those things was ad we ever had a track on the radio, i END_OF_DOCUMENT_TOKEN_TO_BE_REPLACED

Now I want to be quite clear on this as many people mistake jealous for envy so lets be clear on which each one means before we go any further. Envy Wanting what someone else has and resenting them END_OF_DOCUMENT_TOKEN_TO_BE_REPLACED