Here is an overview of all my 2019 audio drama projects however I have not included projects which are not yet released. 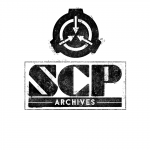 The biggest thing I would be part of in 2019 was SCP Archives. I would work across over 30 main episodes and also huge ton of bonus episodes. Even though most of the episodes are self contained some do include recurring character so creatures so it allowed me to develop some pieces of music further and reuse certain character theme. The type of music i did varied from episode to episode with some featuring an orchestral score, some a full synth score, Tribal and experimental etc. Some of my favourite episodes to work on were 294 The Coffee Machine, 1981 Began Cut Up, 610 The Flesh that Hates, 1461 The House of the Worm and 701 The Hanged King. These were my favourites to work on as i feel they had my best scores and also some of the more unique scores to and it was good to hear how much people particularly enjoyed some of them with multiple praises across social media. Pacific has a lot of trust me so leaves up to my interpretation of the written and audio material to create each score. The level of fandom is unreal we have had over a million downloads and some of the fans show such passion for the show it is a wonderful thing to see. 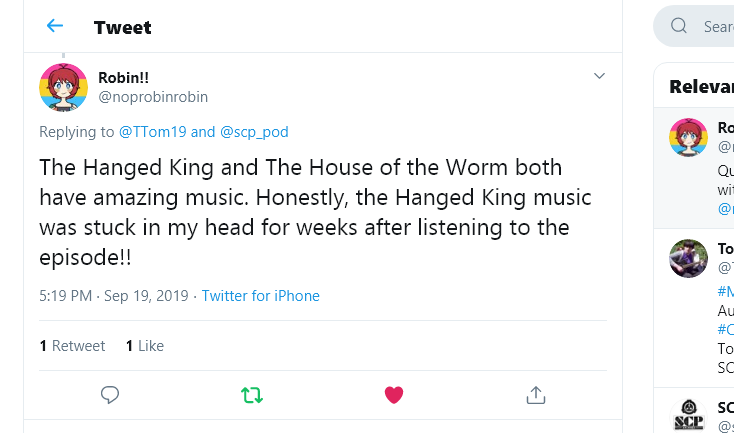 I had provided some music to Richard’s Previous story with these characters back in 2017 for Ivory Towers and now this time I would be writing the full score not just most of it. I had very little time to put the score together and also only a few days with the audio material however I feel it turned out rather nicely. I did a light horror comedy score which does push itself into a few dark places at time. The score was fully orchestral and is probably one of my favourite things to ever score. Richard is rather good at writing good character chemistry. 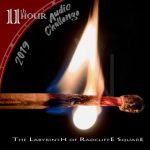 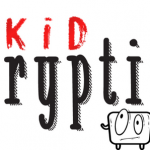 For this show I would only be writing the theme music but it was quite a fun quick to compose and only took a few hours.

For this Doctor Who fan made adventure I would be doing the editing and sound design it was an interesting one to work on as it did include a few sound effects from the TV series that i had to ethier replicate or place inside the project such as auton fire power and the Tardis. One of the important things for me to do was create or record sound effects that feel like that they would come from that area of the show of the 6th Doctor. I was also rather impressed with the 6th Doctor Impersonation by the lead actor.

For this podcast talk show I would be creating the intro, outro and a few tracks to over adds in the episodes. The intro theme in particular was one of the funnest things to compose and I also incorporated some screaming and ghost sounds that i had from some old files an actor sent me for an old project i did which was fun to include. 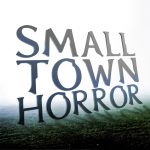 It’s very weird to think that I have worked on this show for nearly 4 years now. I won’t say anything about the plot but I think what Jon has done is very interesting for the last season even though some fans may not like it I know some will also love it. For the music for this season I have composed a load of new tracks but also revisited some old ones and changed the sound of these tracks and added and taken away stuff from them. It may feel like a different shows but some of the riffs and phrases I used on old pieces will be there in some form even if you don’t recognise them at first. Over the years we have had 3 Editors the lovely Daniel Burneet the wonderful Zacharcy Fortaias-Gomm and for season 4 the all mighty Steve Blizin. 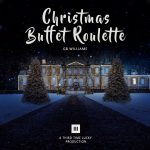 I did the editing and sound design for this one and have to say it was one of the hardest things to edit I have ever worked on not only because it had a huge cast but also because of the huge amount of foot steps that are featured in the project as we have them on and off every time a character enter or leaves a room, getting the odd footstep is hard to incorporate at the best of times. The project was an interesting one to portray death with sound effects as the dialogue itself doesn’t always give much clue as to how each character dies. Although i would not be doing any music for this project I was however given a folder of possible tracks to use so it was interesting to go through them and see which ones worked in the project and try and make them sound like they were coming from inside some of the rooms in the story. Some of the tracks did require a lot of automaton on the volume for when we enter and leave the rooms and also so we don’t completely shit over the dialouge aka smother it with sound so we can’t hear a word they say. I have heard a few people do this recently on other projects literally can’t hear a word over some peoples sound effects and music.

The Commons- Issue #1 (Composer for 1 track)

I only composed 1 track for this which is an upbeat bouncy short orchestral piece. Sometimes the funnest tracks to work on can be the ones you do in very little time.

Back in 2010 when I did my diploma we had a tick sheet given to us by the tutors and we simply ticked off certain things we had done. One of those things was ad we ever had a track on the radio, i END_OF_DOCUMENT_TOKEN_TO_BE_REPLACED

Now I want to be quite clear on this as many people mistake jealous for envy so lets be clear on which each one means before we go any further. Envy Wanting what someone else has and resenting them END_OF_DOCUMENT_TOKEN_TO_BE_REPLACED