I am writing about some of my experiences of bullying in this blog in hopes others will speak out about the abuse they faced and also as a catharsis for myself.

During my time at infants and junior school bullying was an every day experience for me.

During those years I was punched, kicked, bitten, dragged around the playground by my hair, chucked in mud, thrown over peoples heads you name it I experienced it. For many of those years I was often not believed by teachers I have no idea why this was but I hope all those people who didn’t believed me are living with shame whether it’s because they didn’t like me or because they didn’t want to do their job I don’t know. Some members of staff even admitted to seeing me being bullied and I quote said “we thought it would be good for them to let it out of their systems”
there were numerous bullies who would cause trouble such damaging equipment etc and then would cry to the teacher telling them I had done it. Then I would have my stuff taken from such as pens and pencil cases and the teacher would always believe it was the properly of the thieve. Not being believed by people was almost as bad as the physical abuse I took over those years. One of the boys came to my house once as he seemed friendly and I thought aww I have a friends unfortunately he sat at the back of my from stealing tons of my stuff. I never let him round again and when I told people at school he stole from me he punished me for it by spending a whole hour beating the utter crap out of me I came home covered in bruises, black eyes and temporary deafness in one ear. I also had another boy who bullied me for years who said if I told anyone he would abuse me even more h would push me to the ground strange, bite, kick and punch me.

me at infants school on the left here. 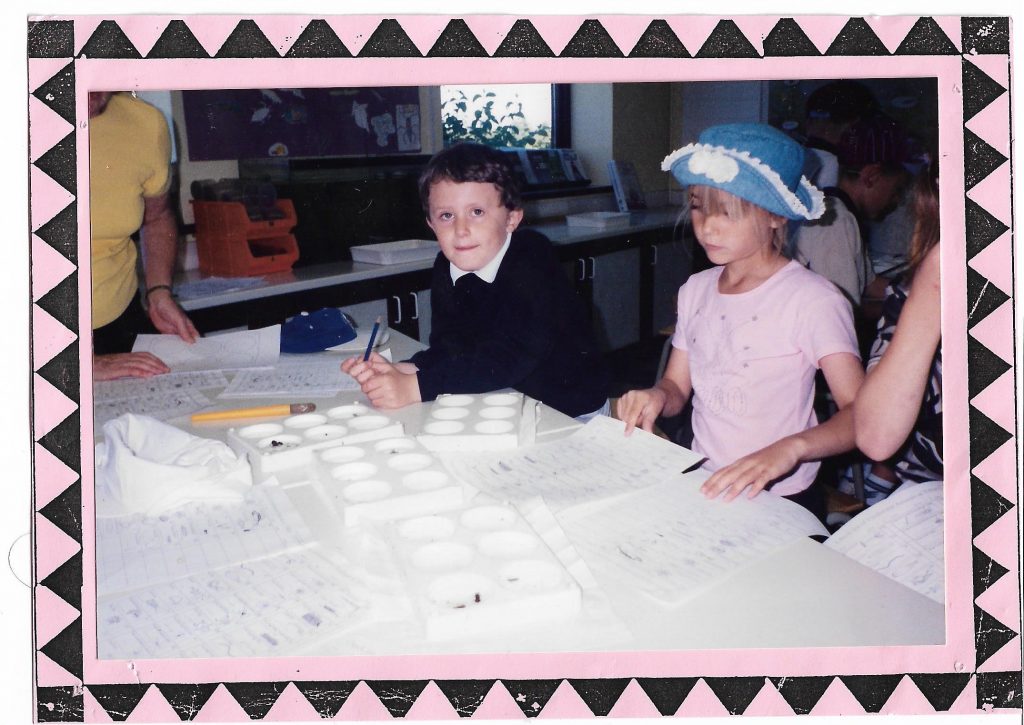 I wish I could say it was just the students that I was treated badly by but many of the teachers took a distaste to me as well. This lead to getting solicitors and sorts of other legal people involved. It turned out many other students were facing similar issues and were being dragged out the school cause of the abuse they took and the lack of responsibility the school took to protect the children in their care. The junior school did nothing to make me feel safe and often sided with the bullies not believing I word I said. It maybe because the bullies were convincing little actors. People may think children are all innocent but they can be just as cruel and manipulative as adults can be. On my last year of junior school It reached breaking point and i had to leave that school, we tried very hard to get me into a different school so i could finish off my last 4 or 5 months of school but my old school told them they should not take me as i am a trouble maker. Imagine after all those years of abuse and the adults the ones who are suppose to be responsible putting them blame on you. It is drummed into us from an early age that adults are suppose to be responsible etc but as we get older we realise being older is is no way a sign of being more responsible, caring or intelligent for that matter. Fortunately with help off solicitor and other help i got into this other school and several of the staff said i was a pleasure to teach. And any issues that did occur over those 4 months were dealt with so why could this other school i was at for nearly 6 years do this? There was an actual court case that was built over the years and my original junior school was going to be taken to court for their lack of care however someone along the chain took to long with the paper work so when I was 18 it was all dropped.

When I hit senior school for the first year when I was 11 a group of 4 16 year old boys would abuse me coming out of my tutor class room. First it was just tripping me up then it lead to me being attacked on a few occasions. Eventually I demanded to change class which did happen and I believe some of the boys were excluded. During my first week at the school I was sitting in the lunch hall and an older lad placed one of those chair jacking devices under my chair which yanked me back leaving me falling to floor. A few more cm and I would of smashed my head onto the floor and metal of the chair jack. To which a room full of over 100 people burst out laughing. In the years following I received less physical abuse but more verbal abuse which lead to me feeling threatened and unsafe. I look back now and see the damage years and years of abuse had taken on me I had no confidence and thought very little of myself. I know I was different because of my disabilities (Asperge’rs Syndrome, OCD, Dyspraxia ) but I don’t think I ever felt it was my fault I knew it was wrong for these people to abuse me. For the first few years of senior school I now started having panic attacks at one point I was having them every single day fast heart, feeling sick, not being able to move. And these would last from 2-4 hours at a time. I saw a lot of mental health people over these years but found I would often come out shaking from these people several were rude, patronising and/or lazy. I often said about putting my head threw a wall or taking my anger out on the bullies but it was never taken seriously.  Over these school years at the seniors i was often made to feel i wasn’t worthy of living especially when a group of boys would tell if they were in charge of the world they would kick people like me off of it. It also made me uncomfortable that many of them took the piss out of my hair and would also come up to me and run their hands through it.

One instance in senior school 3 boys who had picked on me before were laughing while one boy was running his hand up my leg getting closer to my groin. The boy said to the other 2 boys “hahaha hes shaking” other instances included being slammed into lockers and nearly being pushed off a stand. Not sure what they are called but it’s were the whole year group stand on a big metal thing to have their picture taken. When I was at senior school I began to experience obsessive compulsive symptoms about touch I did not want to be touched by anyone me or my stuff and if I was I would have to wash it. I feel this was my mind was of creating a barrier between me and other people as most of the touch I had received in my life was bad. I would spend hours washing myself after school, many people who knew me assumed it was germs but it wasn’t about germs it was about touch. This lead to other problems as because I was wet most of the time it was making my mattress and clothes mouldy

Towards the last 2 years of my senior school time when I was 15 and 16 I did start to responded to people verbally there was a lad who would abuse me verbally and kick my stuff around and I told the school this boy is an asshole and you need to deal with him. The school pussy footed around him saying “aww hes only playing” or “oh it’s only a joke” I said if he did it to you would you find it a joke? To which I got a silent response. It is an absolute joke when people try and use the joke or not understanding bullshit if someone is being constantly bullied the last thing anyone should do is make light of it or defend the bully.

School was a cruel and harsh time I remember sitting in every class clock watching wishing for it to hurry up and end the day. Around 15 I had to deal with confusing aspects of discovering my sexuality I had no idea what a gay person was no one had ever explained it to me and I had only ever heard the word uses as an insult such as “that chair is so gay”. I did find it strange that once everyone thought I was gay a lot of the gay insults I use to receive suddenly stopped.

I did receive some bullying during my college years but nowhere near as bad as school but it was from some students and even a teacher in one case for which I received some small compensation for.

Some of the name I was called at infant and junior and senior school at the time all of these were used as insults.

Being called a boff and a retard does make me very confused.

I think the trauma I faces for 11 years of my life has affected me as an adult. Going to a few different colleges my anxiety, lack of confidence and fear still lingers I know how cruel people can be, maybe I should envy other peoples blissful ignorance to these sorts of issues as they seem to be happier. For many years at school I would hunch over as if to hide myself this has now developed into a spinal problem called scoliosis.

Types of bullying I have faced

To end on a good note i offer some advice for those bullied at school and parents/careers of those who are being bullied.

Back in 2010 when I did my diploma we had a tick sheet given to us by the tutors and we simply ticked off certain things we had done. One of those things was ad we ever had a track on the radio, i END_OF_DOCUMENT_TOKEN_TO_BE_REPLACED

Now I want to be quite clear on this as many people mistake jealous for envy so lets be clear on which each one means before we go any further. Envy Wanting what someone else has and resenting them END_OF_DOCUMENT_TOKEN_TO_BE_REPLACED